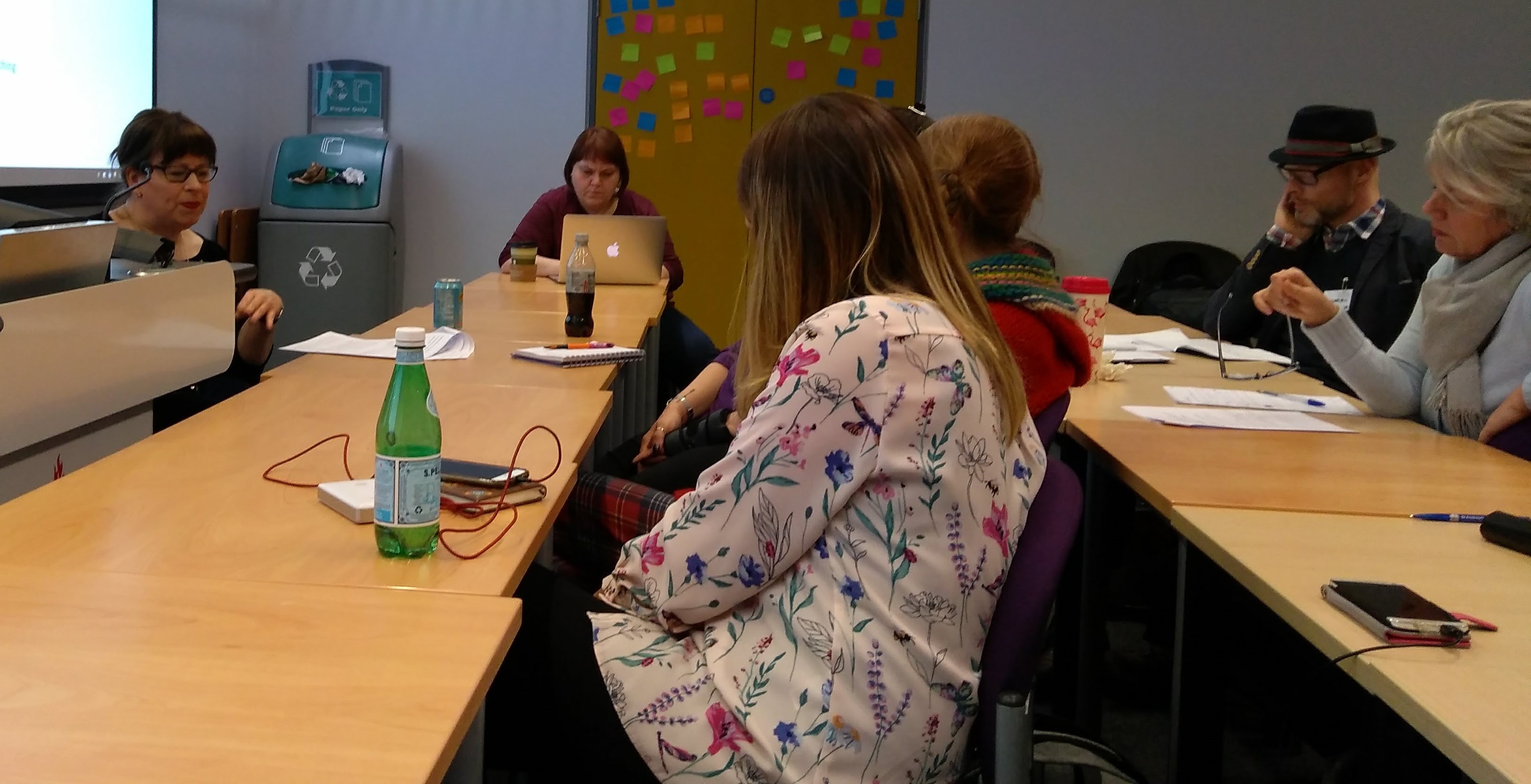 Today I was invited to speak at the the first SHADA event of 2018, which has a specific focus on the autism spectrum and sexuality intersection. This is of growing interest to me, but the original invitation was extended last summer in June. The timing was auspicious to say the least.

The event was attended by a range of professionals with an interest in disability and sexual health  / expression, from Occupational Therapists, to educators and those working for advocacy and information services like Brooke.

The event was hosted by Tuppy Owens (a huge starstruck moment for me as I have owned one of Tuppy’s books since I was 17) who is a sex therapist and educator and  Claire de Than, a human rights expert and self-confessed disruptor. I had met Claire the previous year at a conference hosted by the Royal College of Obstetricians and Gynecologists when she spoke about the importance of fun [code word for SEX] in the everyday life of a human – disabled or not.

The SHADA event had a really informal feel. Speakers didn’t mind interruptions and conversation flowed freely between them and the audience on a number of occasions. This is great for me, as my processing means that I struggle to hold a question until the end and trying to do so affects my ability to concentrate in the meanwhile.

Mary Doyle, of rocket girl coaching spoke of the importance of coaching for disabled people, and her mission to dispel the myth that coaching is for male, white executives only, a point-of-view I wholeheartedly agree with after my own fabulous coaching with Lizzie Paish this time last year. Mary has cerebral palsy, but spoke from the heart about her achievements and hopes to spread some of the confidence she has gained over the course of her life and career. Mary is also training in supporting individuals with neurodivergency, which I am really excited to learn more about.

“Jenn is a natural speaker who engages with the audience and conducts herself in a relaxed, friendly way, with lots of interesting insights up her sleeve.”

I spoke with jointly with Tuppy, from my own perspective as an autistic woman and the effect this has had on my sex [uality] and relationships. The short answer is ‘profound’, but that is another and much longer blog post.Tuppy herself spoke from her experience of supporting men on the spectrum with some really practical and considered suggestions that I was able to elaborate on in a little more detail. We were joined by Sue Newsome, a sex worker and surrogate who has worked with autistic individuals, whose accounts of the work she has done were sad, but highly illustrative of the kind of batting back and forth between services autistic individuals face every day.

After lunch Helen Dunman, a drama teacher working at the Chaley Heritage School in Brighton described the experiential stories that she has created to explain and develop understanding of sex relationship and bodies to young people and adolescents. The highly graphic nature of some of the narratives, such as sanitary towels with blood, or rubber penises on dolls with ‘semen’ on may be shocking to some, and deemed inappropriate by others, but the account of a group of young men in their twenties who all believed that masturbation would make you go blind demonstrated the desperate need for some honest and forthright conversation on the subject of our bodies and just how exactly they work.

It has been a fascinating day. I love the chance to hear about different, alternatives expressions of humanity – the idea of sexual surrogacy was not one I had encountered before. The idea of a direct expression of sexuality and intimate practice between a client and therapist makes so much sense if the expression of psychological trauma is enacted through the physical realm of the body – why should this not also be the direct medium via which to offer hope and healing as well.

As I know very well, words or lack of them, can only take you so far. Sometimes the direct experience of touch has no substitute.

“Having been impressed by Jenn’s persuasive advocacy skills,  I was delighted that she was available as a speaker at our recent meeting. She commands an audience effortlessly.”